Our misson is to understand parasitism

Parasites transform and move through organs toward their final desired site following host invasion. The parasite life cycle is complex, and the physiological and bilogical requirments for its completion are manifold and exacting. To overcome numerous adverse conditions encountered in the course of survival, parasites have developed a great reproductive potential together with improved means of protection against host physiological hazards. Once parasitism has been achieved, it proceeds by its very nature to exert a definite and direct influence on the evolution of both host and parasite. The parasite is eventually isolated in the host where it is confronted with its dynamic defense mechanism.

Parasites, unlike viruses and bacteria, are eukaryotes just as humans. The size of their genome is not very different from mammals. We have revealed the existence of parasite-specific metabolic activities such as hypoxic response to survive the host environment. We have found that bioactive molecules such as longistatin, which exert parasite-specific physiological functions, are involved in complex parasite survival strategies. We are currently exploring the parasite-host genome battle using the latest molecular cell biology techniques and knockout parasites. We are optimistic that in the near future we can gain more insight  inthe mechanism of parasitism..

Parasitism is a typical example of biological interactions between two organisms.Studies on the process of evolution, from a free-living ancestor to a parasitic life, will help clarify mechanisms such as host specificity and organ specificity for adaptation to host environment, as well as the elucidation of the origin of various parasites.

The visibility of the parasitic phenomenon has resulted in a prolific outpouring of ideas or questions about “parasitism”. For instance, why a parasite is notrecognized as an antigen (foreign substance), why it can bloodfeed for a long time and how a host-parasite interaction has been successfully retained over many years.

Our ideas for parasite research are unlimited, thanks to these “living parasites”. In addition to elucidating parasite biology and physiological mechanisms, it is now possible to carry out a wide range of activities such as elucidating the pathophysiology of hosts and developing antiparasitic drugs. Fortunately, our lab provides the right environment and infrastructure for research in biology and infectious disease using live parasites.

Various types of parasites such as nematodes and flat worms are known, and can be broadly divided into endoparasites and ectoparasites. tThe former are generally thought of as parasites because they live inside the body of their hosts. However the term ‘parasites’ also include the latter such as mosquitoes and ticks, which live and feed on the outside of the body of their host.

Schistosoma and ticks colonies are maintained in our laboratory.

Schistosoma, a genus of trematodes commonly known as blood flukes,has a complex life cycle, which involves inhabiting the freshwater snail in its natural environment. Studies involving these intermediate hosts are very important, since some aspects of their life cycle can only be understood within the intermediate hosts.. Such a parasite model is established in our lab. A recent NGS data analysis revealed that our strain is from West Africa.

Schistosoma is transmitted through the skin (in endemic areas)

The life cycle of Schistosoma

You can see the movement of adult flukes (movie)

Ticks require host blood as a source of nutrition

Tick is one of the three major disease vectors. Infection control against tick-borne diseases have become extremely important as mentioned in the annual theme of World Health Day. However, little is known about how human and animal pathogens survive in ticks.

Have you ever returned home from outside and noticed a black sesame seed-like or azuki-sized lump-like organism attached to your skin without pain? That is a tick!  All the nutrients necessary for growth processes, such as molting and oviposition, are provided by host blood.

We have a breeding system that perfectly ensures the continuous life cycle of ticks in the laboratory. Our tick colony was successfully established about 50 years ago and is globally valuable as a susceptible strain.

The life cycle of tick

The progression of blood-feeding in ticks

How do the human and animal pathogens survive in the organs and cells of the disease vectors? The mechanisms of the transmission process are now known.  We are exploring the vector-parasite interaction using the tick-borne pathogen, Babesia parasite transfected with green fluorescent protein.

Schistosoma-infected snail moving toward the light.

Ticks are likened to the strongest “Pharmacologist” in the biological world. It is known that the blood-feeding behavior specifically to ticks is supported by bioactive molecules such as longistatin, which are not found in mammalian hosts.

Schistosomiasis is the most devastating disease of the NTDs, with endemic areas formed around the world. New anti-schistosomiasis drugs are needed to achieve the roadmap for overcoming infectious diseases: control, elimination and eradication. We are currently exploring for hit-lead compounds that are effective against all parasite stages  using the above-mentioned drug evaluation system for schistosomiasis. In recent times, drug screening with Ōmura natural compounds has received increased attention throughout the world.

Strategy for the search of lead compounds

Establishment of vector borne diseases require blood feeding arthropods vectors such as mosquito and tick, which acquire pathogens while feeding blood from infected humans and animals, and transmit to a new host during subsequent feeding. We consider the existence of a variety of reaction mechanisms beyond host’s biological defense during feeding. At the molecular level are dynamic fields of battle between the vector and the host during blood feeding. Blood feeding regulatory substances such as an angiogenesis inhibitor, haemangin and a plasminogen activator, longistatin produced in the tick saliva have been identified. A cysteine protease, longipain, which helps in differentiation and proliferation of transmitted human and animal pathogens, has also been demonstrated. Elucidation of the function and structure of parasite bioactive molecules is expected to lead to the development of anti-parasitic drugs without side effects.

A research collaboration has begun for our long-sought missionary work overseas after we joined the Kitasato University, which has the global reputation in the phrase, “KITASATO of infectious diseases” as established by Dr Shibasaburo Kitasato. We are currently conducting epidemiological surveys and research on schistosomiasis and vector-borne infectious diseases at the Noguchi Memorial Institute for Medical Research in Ghana. With the support of the Kitasato Institute, we are developing a Kitasato One-health education and research program to train human resources who will be able to teach on the health of humans, animals, and the environment, which are the sites of the NTDs pathogen circulation cycle. The unique feature of this collaboration creates a cyclical relationship between education, research and clinical practice directed at solving specific challenges facing the African continent through the JSPS Core to Core program.

Joint research with the University of Nairobi 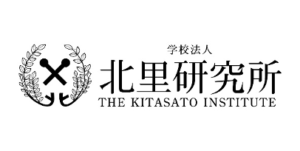